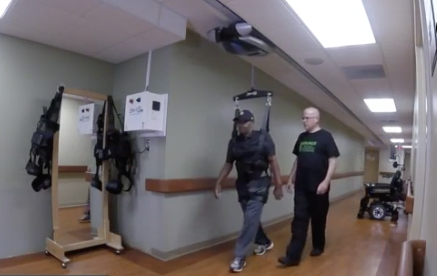 Cutting-edge new technology making its debut in southeast Michigan could be life-changing for those with brain and spinal cord injuries.

The robotic “ZeroG” is helping patients at Special Tree in Romulus.

Sloan Hogan was driving down the street when a vehicle came out of his driveway right out into the middle of the street, hitting him. He was paralyzed from the armpits all the way to the bottom of his feet.

At Special Tree’s Neuro-rehabilitation center, he’s now doing something he couldn’t do a month ago thanks to ZeroG. He’s walking.

The ZeroG Gait and Balance System by Aretech, is a robotic body-weight support system that enables those recovering from brain injuries to engage in high-intensity rehab much sooner in the recovery process – which studies show lead to much better patient outcomes. 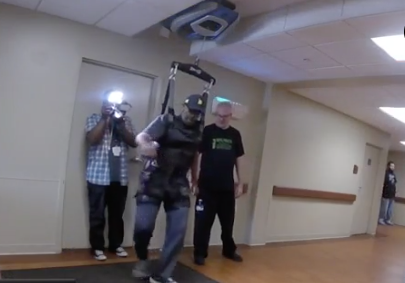 ZeroG gives patients like Hogan the confidence to push his boundaries without fear of falling and a feeling of independence.

Instead of their movement being corrected by a therapist, ZeroG helps patients correct themselves which speeds recovery.

Aretech Unveils Ovation. A Rehabilitation Technology for Adults up to 700 l...
Scroll to top